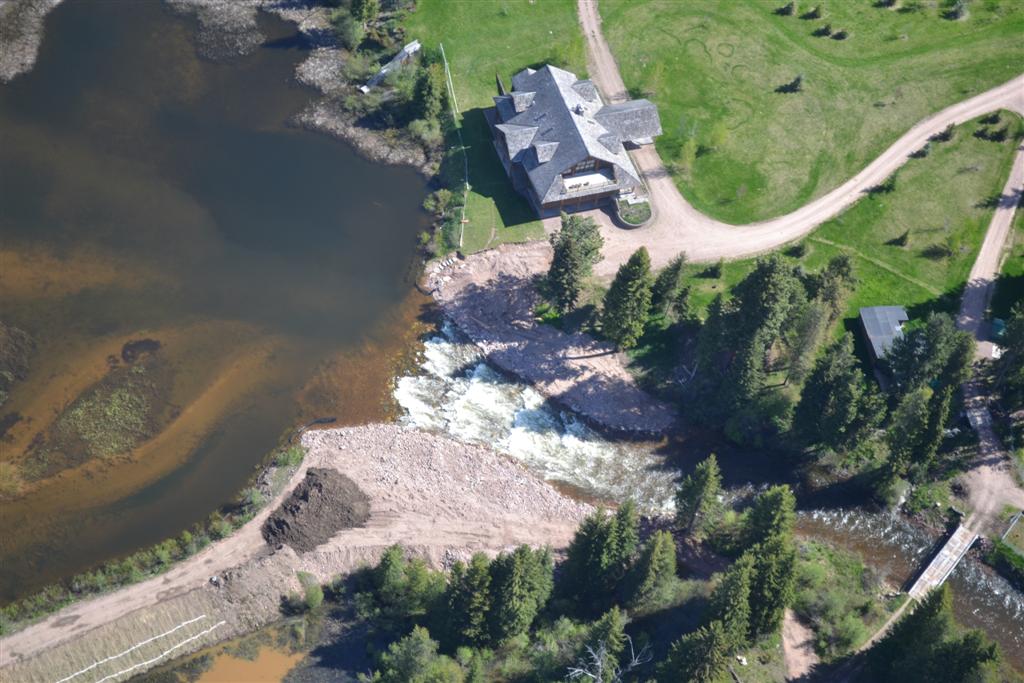 AESI collaborated with Mainstream Restoration and was the Engineer of Record on a Fish, Wildlife and Parks project to design the removal of a 50-foot wide timber spillway associated with an earthfill dam on the Clearwater River. The work consisted of several components. The primary focus involved replacing an aging log crib spillway with a 200-foot long, 60-foot wide rock-lined step-pool channel at a 5% grade that would allow upstream movement of bull trout. Over 5,500 tons of rock up to 6 feet in diameter were used to construct the channel. Additionally, an emergency spillway with a buried 200-foot long grade control was constructed and the existing embankment was further stabilized with material removed from the spillway. The design of this $0.8 million project, including preparation of a full set of plans and specifications, was undertaken on a 3-month fast track schedule. The project was bid in the late summer, and the majority of construction was completed during the fall and early winter.