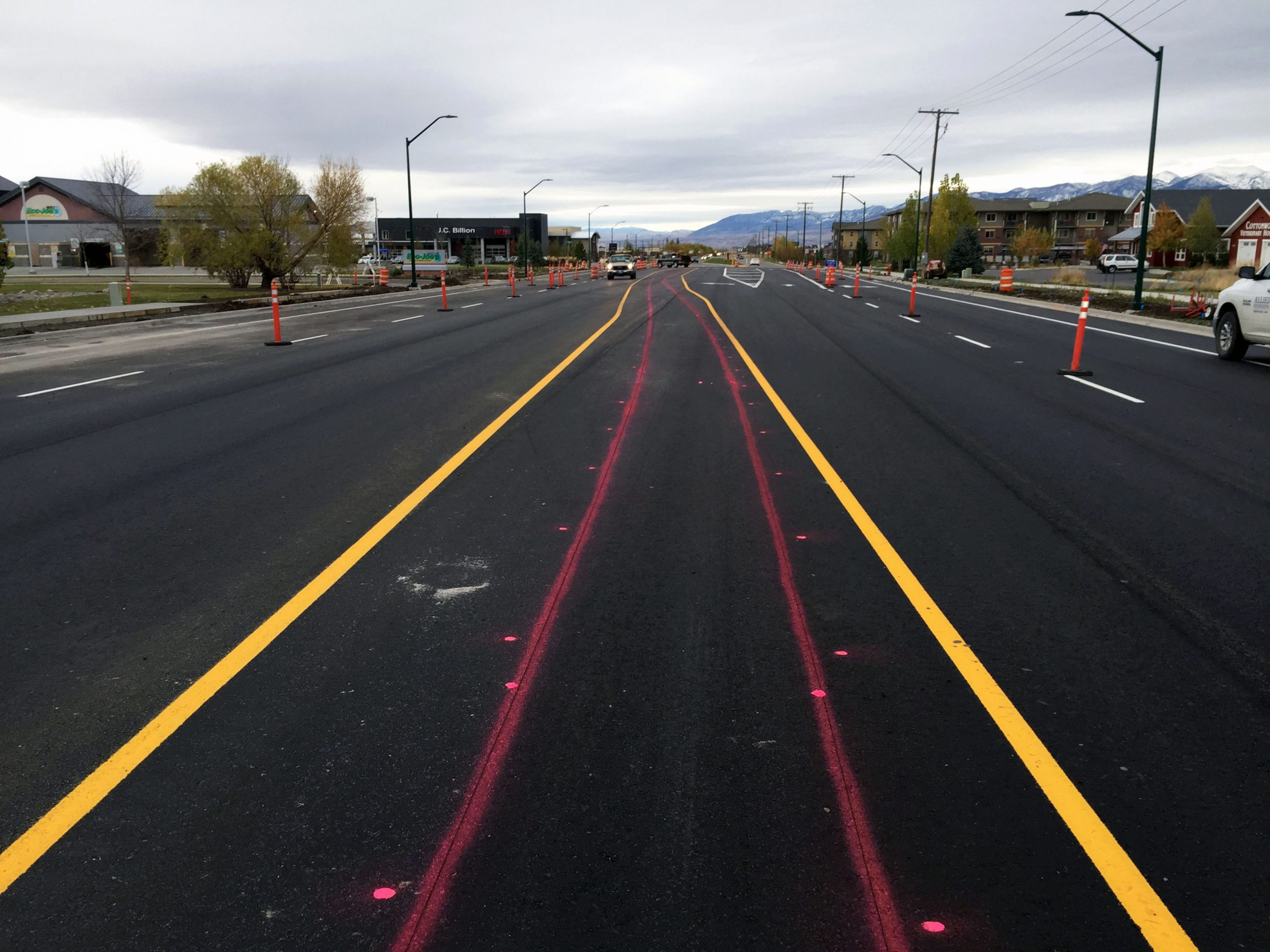 AESI was hired as a subconsultant by Madison Engineering to provide geotechnical evaluation, street design, preparation of construction and bid documents, and construction services for the improvements to Cottonwood Road between Huffine Lane and Fallon Street. AESI’s scope of work also included preparing a Capital Improvements Plan (CIP) application in order for the project to qualify for CIP reimbursement. The 1,270-foot stretch of street was reconstructed from two lanes to the City of Bozeman Principal Arterial standard which includes a 120-foot wide right-of-way, five traffic lanes, bike lanes, boulevards, and sidewalks.

The triggering mechanism for this project was the new Town Pump development planned for the southeast corner of Cottonwood Road and Huffine Lane. A City condition of approval required Town Pump to widen Cottonwood Road along their frontage to the City of Bozeman arterial standard. During review of the proposed widening and required lane reconfiguration with Cottonwood, it was determined that a potential dangerous situation would exist without correcting the lane alignments on the north side of the intersection. The City considered the situation and determined that, due to Cottonwood Road being an arterial, it would be in the best interest of the City to use impact fees to reconstruct Cottonwood Road, north of Huffine, to match the required lane configuration on the south.

AESI worked closely with both Madison Engineering and the City of Bozeman throughout the project to ensure successful reconstruction of the busy corridor. Between Huffine Lane and Fallon Street, Cottonwood Road was improved in 1995 as part of the JC Billion development, and was subsequently improved in 2007 and 2010 related to the Norton Subdivision. The three existing structural sections of the street varied in composition and acceptability resulting in portions of the road requiring removal and portions of the road being able to remain in-situ. AESI conducted geotechnical explorations to evaluate re-use of these road sections.